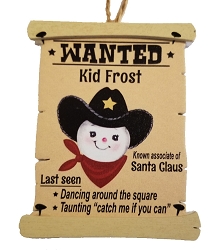 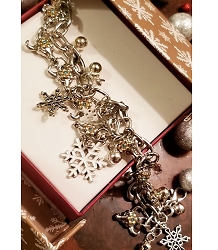 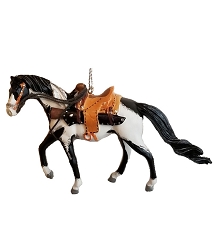 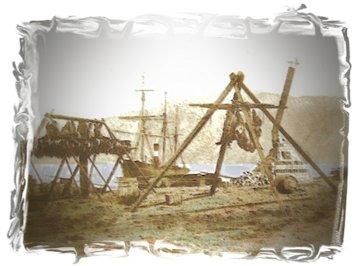 Christmas at the North Pole

By 1881 Adolphus Greeley had already spent much of his life in the army, he knew the Civil War first-hand. While others might have opted for a quiet desk job in Washington, Greeley instead volunteered for an incredibly dangerous and heroic assignment.  With  25 men and command of the ship Proteus they were off to the top of the world.  Commissioned by the US government, his main job was to set up a meteorological observation station as part of an international effort to research the polar regions.  These unspeakably brave men spent 3 very difficult years in this service, the details of which we will not go into here but they are well worth reading more about.Among many things, Greeley left us with this glimpse into one of the Christmases they spent on their frigid expedition.  Once again we are reminded of the curious and warming power this holiday has on our hearts. And of all places, at the North Pole."It appeared surprising that the mere fact of the sun having commenced its northward journey should have such a marked effect upon the spirits of the men as was visible in the days immediately following the winter solstice. It was the most striking illustration of the many instances in connection with our Arctic experiences as to the powerful influence exercised over the physical conditions of the body by the existing mental conditions.The solstice past,  the attention of the expedition was drawn to other considerations incident to the season,  the most important of which were the preparations for the  proper celebration of the Christmas holidays.   It was fortunate that the preparations for Christmas entailed certain work and physical exertion on the part of some of the party, as Sargent Brainard, who laid systematically kept the men at useful labor, completed the last steady outdoor work on the 22nd, when the officers' quarters were completely banked up with snow.  This labor, with the ordinary routine, sufficed to keep the men from brooding too much over the contrasted conditions as to the coming and past Christmases, and yet kept their minds healthfully on the pleasures of the holidays.In order that the quarters should be especially neat and tidy for the coming celebration, they were overhauled a day or two in advance, and the floor was thoroughly washed and scraped.The fact of washing out our quarters may seem an ordinary circumstance to a person unaquainted with the particular conditions of Arctic life, but it was perhaps an unique experience that the sleeping-quarters of an Arctic party were thoroughly washed and scoured in mid-winter.  Whatever water is brought into the quarters in this manner must necessarily be taken up by the air and deposited elsewhere in the shape of hoar-frost.  The fact that water continuously froze on the floor in all our rooms necessitated scraping the floor after washing it.  This precaution, with a slight increase in the fires, succeeded in giving us thoroughly clean quarters for our Christmas exercises, without any inconvenience or suffering following."

North Pole Dinner continued"... The quarters thoroughly cleaned, Sergeants Brainard and Rice took upon themselves the task of elaborately decorating the quarters with such flags and guidons, and other articles as could be used in draping or ornamenting.  I refrained for visiting the men's room, until on Christmas eve I was notified that my presence was desired, and on entering I was greatly delighted with the changed appearance of the general quarters.  The room, low studded and unpainted, had never presented a cheerful aspect, even in our days of sunlight, and during the winter season the accumulation of soot from the soft coal burned in the quarters had given it an air of gloom and darkness, which was largely enhanced through the subtle influence of association by the monotony of the long days passed within it.  The room was now well lighted, and with its elaborate trimmings had a gay  and lively appearance not unlike that presented by army quarters in the far west on like occasions.I made a few remarks suitable to the festival we were about to celebrate and with reference to our particular situation, apart from and and yet a part of the great civilized world."
Christmas Dinner Fort Conger, Arctic Circle Greeley Expedition 1881Mock Turtle SoupPotatoes Green             Corn Green           Peas    Asparagus Roast Beef         Fricasseed Guillemot    Cider-ducksSpiced Musk Ox Tongue          Tenderloin of Musk OxCrab SaladIce Cream     Grapes     Cherries     Pine-apples     Coconut Pie     Plum Pudding, wine sauceDates             Figs             NutsCandies             Chocolate
Coffee             Eggnogg
"Eggnog was served in moderate quantities, and an extra allowance of rum was also issued in observance of the day.The candies, plum pudding and cigars were the most appreciated, not only for the satisfaction they afforded the taste, but as being gifts from thoughtful friends.  The cigars came from an army lady who knew the weakness of the rank and file for the consoling weed, and the candies were from a leading confectioner of New York City."