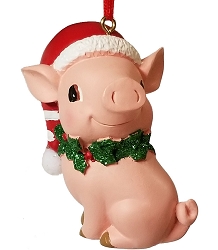 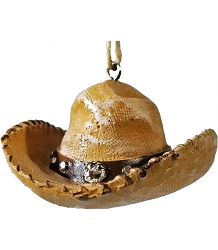 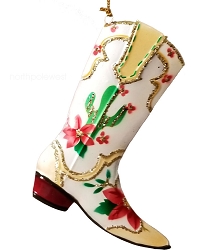 Forts of the Old West

Wild West Forts
Forts were as diverse as they were numerous. The lack of building materials often gave way to the practice of re-using old buildings rather than demolishing them when their livelihood dwindled. Many a simple structure could see two or three completely different uses in its life span before settling down to become the shadows of history that remain for us today. The following is a partial listing of some of those colorful structures along with dates of establishment. Many of these sites are open for visitation, and are well worth the trip, some even put on special western Christmas events.

Cantonment Burgwin 1851Barklay's Fort 1848 trading post.Fort Bascom 1863Fort Bayard 1866Fort Craig 1854Fort Cummings 1862 stage station from 1881-1885. Fort Fillmore adobe, stage stop captured by Confederates in 1861, California volunteers captured it in 1862 making it the capitol of the Military District of Arizona. In 1860 it was briefly commanded by a woman as the entire garrison save and except one sergeant and ten men went on a long patrol.Fort Marcy 1846 adobe, first American fort built in N.M.. In the 1850's most of its soldiers were transferred to Fort Union. The fort was abandoned in 1867 for a brief time due to the Confederate invasion of N.M.. N.M. volunteers took over the fort shortly thereafter, but in 1867 the post was ordered to be shut down. In 1875 the military, having forgotten the 1867 order, sent a relief garrison to Fort Marcy. The fort was reopened after the commanding officer reported back that there was no post at Fort Marcy. It remained operational until 1894.Fort Seldon 1865 adobeFort Stanton 1855 burned down by Confederate soldiers, Colonel Kit Carson brought his volunteers there to rebuild in 1862. Billy the Kid was jailed here. Fort Sumner 1862 Billy the Kid was killed here.Fort Thorn 1853Fort Union 1851 actually three forts. The first was log (1851-8161), second, a star shaped earthwork (1861-1862), third, an adobe fort begun in 1863 taking six years to build, was the largest fort in the Southwest.Fort Wingate 1862 Post of Albuquerque 1847 was also a Confederate battery in 1862

Fort Clatsop 1805 built by Lewis and Clark as a winter camp before returning east. Chinook, Clatsop, Cathlamet and Tillamook Indians aided in its construction. Fort Dalles 1850 the only U.S. Amry post between Fort Laramie and Fort Vancouver on the Oregon Trail. It was also a supply base during Indian campaigns.Fort Deposit 1845 settlers would leave their wagons here for the winter.Fort Henrietta 1856Fort Klamath 1863 originally a settler's fort.Fort Lane 1853 log and mud structur.Fort Lloyd 1877Fort Orford 1851 old settler's fort.Fort Rock prehistoric Indians once resided in this ancient volcano crater.Fort Stevens 1852Fort Yamhill 1856Government Camp 1849 settlers camped here and named the spot for the rusting abandonded wagons the U.S. Calvery had left there.

Camp Floyd 1858Echo Canyon Breastworks 1857Fort Cameron 1872 Fort Deseret 1865 Morman settler's fort.Fort Douglas 1862 one of the oldest Army posts in Utah.Fort Floyd 1858Fort Harmony 1852 Morman settler's fort abandoned shortly after it was built, then re-established in 1854 only to be flooded out by a rainstorm. Fort Nephi 1851Old Cove Fort 1866

Camp Hat Creek 1876Camp Stambaugh 1870Fort Bonneville 1832 Rocky Mountain Trading post.Fort Bridger 1844 started as a log trading post, then used by the Mormans from 1853 to 1857who then burned it during trouble with the U.S. Army. In 1858 it was purchased by the Army and rebuilt to serve as protection for the pony express and Overland routs.Fort Caspar 1862 Fort David A. Russell 1867Fort Fetterman 1867Fort Fred Steele 1868Fort Halleck 1862Fort La Clede 1863Fort Laramie 1841 this stockaded wooden post originally built in 1834, is the state's first permanent trading post and at the time was called Fort William, it was sold to the American Fur Company in 1836 then in 1841 it was rebuilt into an adobe fort called Fort John years later in 1849 it was purchased by the U.S. Army and used to protect the Oregon Trail, though its name was Fort John it was almost always referred to as Fort Laramie. Elf thumbs-up for this one ---a must see. Also has special Christmas at the fort.Fort Mackenzie 1899Fort McKinny 1876Fort Phil Kearney 1866Fort Reno 1865 stockaded log fort.Fort Sanders 1866Fort Washakie 1869 originally a sub post of Fort Bridger. First built in Lander as Camp Auger then Camp Brown. In 1870 it was then moved to its current location becoming an independent post in 1871. It was re-named in 1878 to Fort Washakie.Fort Yellowstone 1886 originally Camp Sheridan built for protection against poachers.Pine Grove Station 1860's fortified stage station.Rock Creek Station 1860