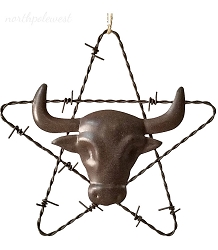 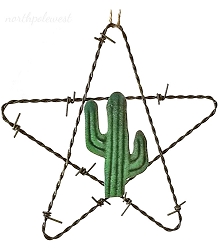 "Before the Gringo Came"

This account of an early California Christmas was printed in The San Fransisco Call Dec.1899, these are the memories of Jose' Ramon Pico nephew to Pio Pico, California's Spanish governor.

Christmas in California before the Americans came was a season when all the grown people had as much fun as the children do now. And the children had so much fun that they never got over it and ever after loved play and presents more than work and hard bargaining.

There was no business in the country then but the raising of cattle. All summer long the cows fed over the oat-covered hills in the mornings and mowed away the clover into their four stomachs during the afternoons, as they stood beneath the sisal groves.

By November each one was as fat as could get and yet manage to walk. The vaqueros and Los lndios came many days' journey across the San ]oaquin Valley , driving big herds of cattle to be killed for hides and tallow. There were no roads and the only way to get the products to market was to drive the animals themselves.

For six weeks then there was plenty of work. All day long green hides were being hung over poles and dry hides were being packed away. Suet by the ton was dumped into the smoking cauldrons and far into the night the sweating Indians worked ladling out melted tallow with big wooden dippers into bags made of rawhide.

These bags were each as large as could be fashioned out of the skin of the animal and held from one to five hundred pounds of tallow. When filled and the tallow cooled they were stitched up with raw- hide thongs and then piled with the hides in the adobe sheds in the courtyard to await the time when Los Gringos should come in their ships from Boston, bringing groceries, drygoods, and merchandise of every sort to trade for the hides and tallow and occasional wallets of gold dust that Los lndios had brought from hunting grounds of the Sierras.

In killing so many cattle there was more meat than could be eaten or sold, and the choicest parts of the beef were cut into long strips, dipped in a strong boiling brine full of hot red peppers, and then hung over rawhide lines to dry in the sun, making a very appetizing and nutritious food known as carne seca, which is used during the rest of the year for preparing the delicious enchiladas and chili con carne.

Soon after the first of December the last hide would be piled under the roof, the last scoopful of tallow ladled into its bag and the sacks and sacks of carne seca stowed away with the chillies and frijoles in the attic.

Then commenced the preparations for the Fiesta del Cristo, la Noche Buena.Chickens by the dozens were boiled and for days the Indians . worked pounding parched corn in stone mortars; the rich meal was rolled around the tender chicken, and the whole was then wrapped with chilies in corn husks to be steamed. These, packed away in jars, would keep until wanted by reason of the quantity of red pepper in the seasoning.

All this time the Indians had been eating, eating, day and night; the Mahalas [Indian women] made bread of acorns, laurel nuts and horse chestnuts; baked beans and meats...Mucha fiesta! There never had been such plenty until the padres came...By Christmas there would sometimes be three hundred Indians at the mission of Santa Clara, and many whole families of our relatives and rancheros who lived adjacent would come...We made presents, though there was no Santa Claus then.

To the Indians we gave young beeves to kill for fresh meat and also red blankets and handkerchiefs .To the padre at the mission we gave such things as. ..carne seca, peppers, sweet potatoes and sacks of beans to supply their kitchen, and big bundles of dry hides for them to use in making chairs and furniture and also for use in fastening the timbers of the buildings. Everything was thenfastened with rawhide, as we had no nails. The rawhide was put on wet, wrapped round and round whatever was to be united, and when it dried it contracted powerfully, drawing surfaces together as with clamps.

Would rawhide last?...You may see today...at the Mission Dolores of San Fransisco the old rawhide thongs fastening the roof timbers that have been in place for one hundred and twenty six years and are now bright and strong. They have stretched, through, and the roof bends down as if to shelter the bells...

On La Noche Buena at our hacienda there were always many families beside our own. My uncle, Pio Pico, was twice the Governor of California, and my father was one of the Justices who correspond to our Chief Justice of the Supreme Court-Judge of the Court of the Primera Instancia...

One Christmas Eve, I remember best, there was a full moon. Over all the ground there was a glittering frost, just enough to whiten everything, yet not enough to even nip the orange trees which at this season of the year hang full of fruit and blossom both...We had much music- guitars of the Mexican and Spanish type, made with twelve strings of wire, and mandolins. After supper there was dancing in the patio, coffee and cigaritos on the veranda, and singing everywhere. someone said it was a beautiful night for a horseback ride over the valley to the Mission Santa Clara. The horses in the corral were soon saddled. There were twenty five or thirty of us young men and women. Our horses were the best of the big herds that were attached to every rancho... The saddles, bridles and spurs were heavily covered with silver bullion ornaments, as in those times we put silver on our horses instead of on our dinningf room tables ;for Spaniards...live on horseback, and they eat but to live, instead of living to eat.

Riding ou of the patio gate it was like a scene from the time of the Moors in Spain. As our horses snorted in the cold air they spun the rollers in thier bits, making music that only the Spanish horses knows...

Our course led us through the beautiful alameda, where the moonlight streamed through the branches that laced overhead and continueed in perspective to the vanishing point.

Coming to the Mission Santa Clara, there was a ruddy light as of a burning building, that turned out to be the Indian encamp- ment, holding one of their ceremonious dances that always precedes business, pleasure or war. We always saw to it that the Indians had plenty to eat, for there was no easier way to keep them in subjection than by making presents of food, and at Christmas time we had the better reason of wishing to show them the substantial benefits of Christianity.

At all of ihe fires were Indians cooking and eating. After they had eaten for a time they began to steal away and hide in the darkness, except for a few of the oldest men and women, who stayed to replenish the fire. Suddenly loud yells split the air, and from behind trees on the flat and rocks on the hill Indians came running in as though to murder and scalp those about the fire. Then from the other side came the war cry, and other Indians rushed to defend the elders. After that was a sort of sham battle, all laughing, wrestling and rolling on the ground till tired and ready to eat again.

When the Indians were through with their play the padres came slowly from the Mission, the Indians formed in line after them and marched away to the night mass, to listen to the simple story of the Child in the manger and to gaze upon the Old Testament scenes shown in pictures on the walls. ...

So the allegory of the evening showed how the Indians had thought only of war, how they had sought for their enemies and pursued them, and how at last they had come to church ...

Back to hacienda again faster than we came, to where the oranges leaned over the dark fountain pool. Then into the patio , where fragrant coffee from Mexico, tortillas and tamales de las gal- linas (chicken) were served steaming hot from the big fireplace in the kitchen. Though we danced until morning, there was not a sleepy eye in the house. When daylight came we went to our rooms or took siestas in the hammocks under the verandas and were ready for almuerzo (lunch) when the bell rang.And so for a week our Christmas lasted.