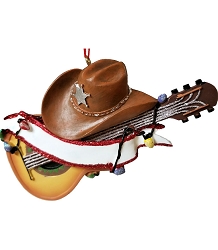 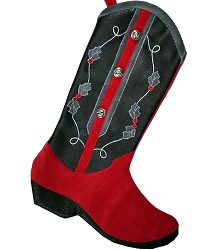 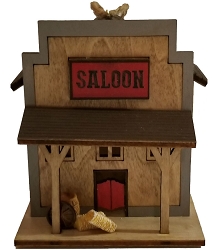 n the 15th day of July, during the year of eighteen hundred and six, twenty four soldiers, under the command of one Lieutenant Zebulon Montgomery Pike set out to navigate the Arkansas and Red rivers.

The 24th of December of that same year had found this little troop in what is present day Salida, Colorado. Snow was deep and food was scarce, cold and lonesome however, were in great abundance and served up equally to all.

It was not unusual for these men to have gone days at a time without food, starvation was always stood in the shadows, so it was with great relief and joy that they took the news that the hunting party had shot 8 buffalo.

The following is an exerpt from Pike's journal:

"We now again find ourselves all assembled together on Christmas Eve. and appeared generally to be content, although all the refreshment we had to celebrate the holiday with was buffalo meat, without any salt, or any other thing whatever."

Christmas day was stormy and bone freezing cold. The men sat huddled together, coaxing warmth from small fires and recounting many a Christmas past spent with sorely missed friends and loved ones ....and feast.

"Here I must take the liberty of observing that this situation, the hardships and privations we underwent, were on this day brought more fully to our mind. Having been accustomed in the past to some degree of relaxation; but here 800 miles from the frontiers of our country, in the most inclement season of the year; not one person clothed for the winter, many without blankets (having cut them up for socks, etc.) and now laying down at night on the snow or wet ground; one side burning whilst the other was pierced with the cold wind; this was in part the situation of the party whilst some were endeavoring to make a miserable substitute of raw buffalo hide for shoes. I will not speak of diet, as I conceive that to be beneath (sic) the serious consideration of a man on a voyage of such nature. We spent the day as agreeably as could be expected from men in our situation."

***Note: Be thankful always! Things could always be worse. Next time your boss comes up with a really stupid idea remember the blanket socks, and buffalo shoes. Maybe Pike should have thought about winter before leaving home.