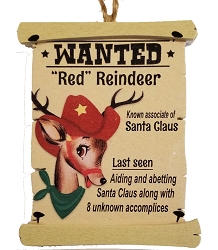 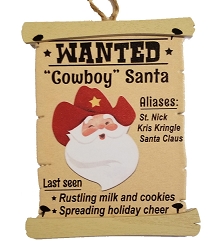 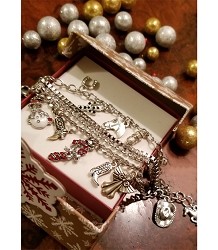 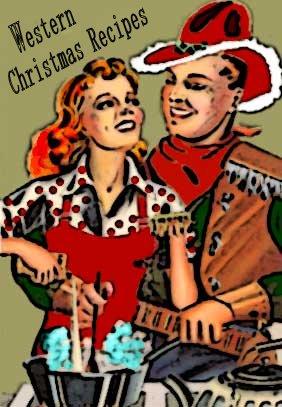 Our Chuck wagon is full of authentic old west menus and recipes so you can create a real cowboy Christmas in your own home. From forts and fancy hotels to just plain cowboy cooking we have a bit of something for everyone, all served up with a dash of fun thrown in.

As you read through the pages you might find it curious that there are such vast differences in the menu items. Some dined handsomely on lobster while others, less fortunate, had a holiday dinner which consisted of boiled mule and snow.

Trappers, explorers and mountain men came early on in the westward migration. They lived mostly off the land, luck and good relations with the Native Americans. Later as outposts and forts sprung up they were able to trade as well but even then, limiting those provisions to what was easily kept and carried.

Time went on bringing with it a wave of new inhabitants, among those - womenfolk. Women kept their eastern magazine subscriptions which were  full of the current fashionable recipes and latest kitchen wares. The stage coach allowed for the delivery of these mail order treasures from the more civilized eastern life left behind.

The west was growing up.

Then came the train which carried almost anything that could be desired, westward. Even such perishables, as seafood were now easily within reach. All that was required was money and location, location, location. Then, as now, it makes all the difference. Forts and larger towns that were close to the rail lines wanted for little, while those in more rural settings still had the issue of making what might amount to several days journey to town in order to get their food products so time and weather remained a limiting factor.

Christmas Dinner in the Wild West

Christmas Dinner at the North Pole 1881